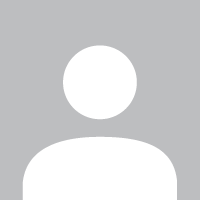 WOODNET aims at providing innovative spatially-explicit tools for connectivity analysis along a range of landscapes from forest and shrubland to agricultural landscapes where woody vegetation elements play a key role for conservation or service delivery. Novel satellite images at different resolutions, permitting to describe the internal structure of landscape elements, will produce improved resistance maps, considering landscape characteristics at different scales, and supported by species empirical data and models of habitat suitability, resource selection and landscape genetics. New connectivity models based on a diversity of possible pathways for species movements through landscapes will be produced. WOODNET also considers the effect of landscape legacies (past connectivity) on current species distribution. The biological models are diverse, from bears and lynx for large landscapes dominated by forests or shrublands to beetles, plants, birds and damselflies for landscapes characterized by hedgerows. We will provide new tools for enhancing connectivity analysis of a diversity of functional networks, together with an evaluation of the synergies and antagonisms among them. We will, for arable crops, study how landscape connectivity drives the distribution of pest and beneficial arthropods and the associated (dis)services. The project also discusses science-policy interface and legal connectivity issues, focusing on how law may integrate both connectivity science, stakeholders knowledge and scientific uncertainty to inform green infrastructure (GI) policy and provide for adaptive management. This is an important point for discussion with stakeholders. We will decipher the different sources of scientific uncertainties, and their consequences on the design of the legal framework of GBIs. The involvement of stakeholders at different scales will permit to further discuss the links between research design and its outputs on GBIs implementation and management.

This research project is funded by the European project Horizon 2020 ERA-NET COFUND scheme.

Facing urbanization, urban green spaces are important landscape elements for sociological and ecological concerns. Although in the past stakeholders considered mainly the aesthetics of these elements, users are now demanding for diversified urban green spaces (e.g. parks with various floral compositions, trees, open spaces with more natural areas, greenways…). At the same time, in France, the 'trame verte et bleue' policy (Grenelle 2010) leads to the development of urban greenways to favor and maintain biodiversity. However few scientific studies focused their attention on the combined ecological and sociological value of new urban greenways in order to assess stakeholder's actions.

We aim to analyze if sociological perception of greenways by users in Rennes city (France) is in accordance with efforts made by stakeholders in favor of biodiversity in the framework of 'trame verte et bleue' policy (Grenelle 2010). Two main hypotheses will be tested: (1) the ecological requirement defined by researchers to increase biodiversity in greenways may diverge from sociological needs of users, (2) both ecological and sociological concerns can be improved through management practices of urban parks at specific spatiotemporal scales.

This research project is fully funded by the French Research Ministry (MENRT grant).

Flow regime is a key factor in lotic systems, as it controls the spatio-temporal variability of habitats at different scales. By defining a template for aquatic habitats, hydrology constrains a body of both physical and biological processes that are essential for the good ecological functioning of the system. Increasing demand and use of freshwater resources, for e.g., agriculture, industry, power generation, or domestic needs, result in a quantitative alteration of river flows, which may takes various forms (from a very local flow decrease to a complete change in the flow regime over whole reaches). Ongoing trends of climatic changes, be they gradual and running over long-term, also suggest a possibly severe distortion of future flow regimes. Yet, significant links between the degree of flow alteration and the ecological impact on the system have been demonstrated. Functional relationships underlying these links between flow and ecology are little understood, and overall poorly quantified. It is therefore extremely difficult to predict responses of biological communities to various kinds of flow regime alteration, especially as they are often accompanied by other environmental degradations (temperature, physico-chemistry, sediment transport...). Looking for direct hydrology-biology relationships appears to be a key stage for the further development of management-oriented decision tools.

Identifying the true effect of flow changes is an awkward task as hydrology-biology relationships may spuriously emerge simply due to the spatial and/or temporal correlation between flow characteristics and other key environmental drivers of communities (e.g. distance from the source, elevation, stream width, basin area...). A means to circumvent this problem is to account for the effects of the major environmental drivers, by using both multiple-site and -year data series. The fish database held by the ONEMA (the French national office of water and aquatic systems) gathers spatial-temporal information for fish communities collected at a large number of sites all across France, with time-series > 10 years for more than one hundred sites. This exceptional dataset is particularly interesting for analysing fish-flow relationships.

This research project is fully funded by the French National Agency for Water and Aquatic Environments (ONEMA).

In the context of future evolutions of environmental conditions and human activities, freshwater fish species conservation and management imply a better understanding of extinction and colonization processes and of abiotic or biotic factors controlling these processes. The aim of my researches is (1) to quantify extinction and colonization rates for French river fish species at the local scale (i.e. sampling site scale) and (2) to study how these rates may vary according ecological and biological traits of species, possible species interactions (competition predation) and environmental features of study sites, recent climatic change and human pressures.

This research project is a part of the national project FISHLOSS (Background, recent and anticipated patterns of freshwater fish extinctions: devising quantitative approaches despite scarcity of ecological information) funded by the French National Research Agency (ANR).

- Development and coordination of the French Butterfly Monitoring Scheme for stakeholders (PROPAGE project) at the National Museum of Natural History (Paris, France) since 2007.

- Identification of important sites for conservation of freshwater biodiversity along the Loire in France (extending the species-based approach) in collaboration with the University of Rennes 1, France. Directed by Pr. Pascal Laffaille (UMR 5245- Toulouse, France). January-June 2007.

Having been overexploited, degraded or destroyed for a considerable period, natural ecosystems are now considered as a precious inheritance which must be preserved and restored because of the multiple functions that they can fulfil and profits that they could generate. Indeed, the decrease in biodiversity goes hand-in-hand with major ecological or environmental disorders which imply important economic and social consequences for our society. From this report was born a key notion in the evolution of mentalities which we have named the 'nature value'. In effect, every trophic network constitutes a complete chain which can be likened to a function. Every level of these trophic networks which, ends in an economic activity, has a direct and indirect use value according to the products and the services which it can generate. The nature valuation is calculated as the profit obtained after a cost/gains analysis. However, constant economic pressure does not allow the conservation of all threatened zones. The localization of the places of interest has become an urgent challenge to be resolved for territory management, in order to integrate biodiversity conservation into socioeconomic concerns. In spite of the profusion of tools which enable an estimation of the biological diversity of an environment, the administrators lack protocols in order to prioritize areas for the initiation of biodiversity conservation or restoration campaigns.

- Study of fish communities at the Loire basin scale (France) and implications for conservation and restoration in collaboration with the University of Rennes 1, France. Directed by Pr. Pascal Laffaille (UMR 5245- Toulouse, France). April-August 2006.